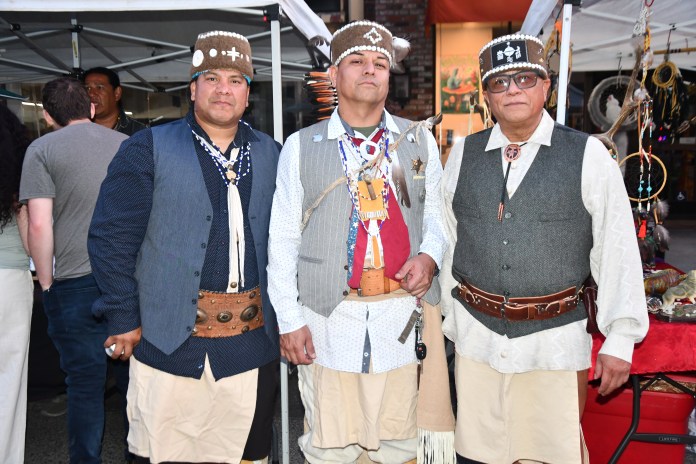 Bob Hart Square at Main and Canal streets became the center of activity. It was also the gathering point for the United Tribes of California as members started the evening with an opening prayer, followed by Native American dance.

As residents and visitors alike made their way down Main Street, they were able to interact with some 70 local vendors and community groups that lined Main Street with art, food and informational stands.

There was also a Taco Truck competition, and the People’s Choice Award went to El Taco Mas Sabrosito.

On Canal Street, artists from the Urbanists Collective displayed Aztec works at the Kreepy Kawaii gallery, while those looking to create their own art were able to do so as part of the Sketchbook Station. Meanwhile back on Main Street, Merced’s Eddie O. Rodriguez put on a live art demo at Little Oven Pizza.

Those who were unable to make it to the Mercado Night on May 5 will have another chance on July 7.

The downtown Mercado Night is organized by the Merced County Hispanic Chamber of Commerce, and the event welcomes residents of all ages and backgrounds. For more information on the event, residents can log onto mercedhcc.com/the-mercado/.