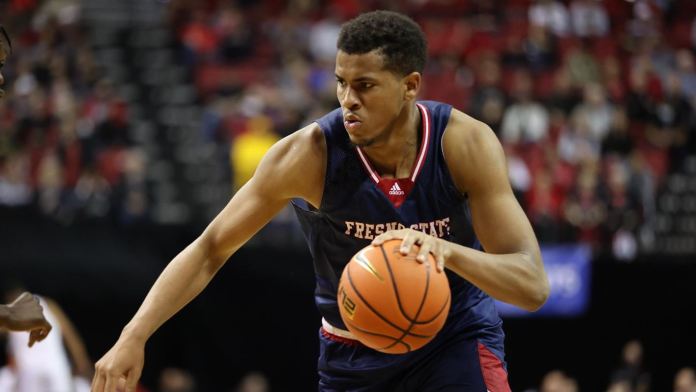 Fresno State’s Orlando Robinson is seeking to become the 32nd Bulldog to play in the NBA.

Former Fresno State forward Orlando Robinson has signed with the Miami Heat and is expected to play in the NBA 2K23 NBA Summer League 2022 in Las Vegas in July.

Robinson is seeking to become the 32nd Bulldog to go on and play in the NBA.

Before the Summer League games in Vegas, Robinson could make his debut with the Heat in San Francisco with Miami playing in the fourth-annual California Classic at the Chase Center on July 2-3 against the Los Angeles Lakers (July 2 at 2 p.m. PT) and Sacramento Kings (July 3 at 2 p.m. PT).