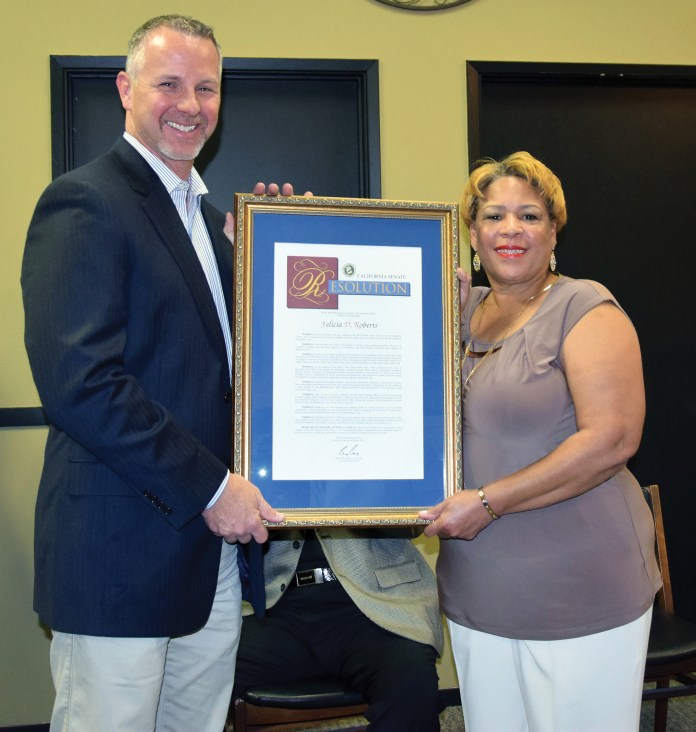 Felicia Roberts took an idea gathered a few people to reached into a minority community to highlight the positive, using a minority newspaper the Central Valley Voice. Roberts was joined by her sisters Carolyn Williams, Alleashia Thomas, niece Hermonie Lynn Williams, nephew Ron Williams, cousin Jerald Lester, Jay Slaffey, Greg Savage, Tim Daniels and the late J Denise Fontaine. Each individual played an important role in the birth of the newspapers. Since, then many have stood strong behind the success of the newspapers and its goal to fill a void in the Central Valley community.

The Central Valley Voice published their 1st issue in November 1991. Its purposed was to highlight the achievements of minorities in the Central Valley. The Voice focuses on the accomplishments of African Americans and Hispanics giving

throughout the Madera, Merced. Stanislaus and San Joaquin counties.

The Central Valley Voice is a valley newspaper that gives African-Americans, Hispanics and other minorities an additional viewpoint on issues and events, in addition to presenting a positive image of the community we value. We serve several functions but, reporting the news of minorities (African-Americans and Hispanics) is the general overall function. Some of which include the following: Recognition to Community Workers and Leaders. Serve as a Unifying Force for the African-American and Hispanic Community.

Central Valley Voice is owned and operated by Felicia D. Roberts, a former free-lance writer, operating her own established Media Company, FDR Media Services. Roberts did not just become a business owner over the past 20 years; she has been nurturing this ‘craft’ since the age of nineteen. Roberts took her first dive into the business world when she opened the Causal Inn Restaurant, in Milwaukee, Wisconsin. She worked as a sports reporter for the Milwaukee Star, while studying journalism and communication at the Milwaukee Area Technical College.

Felicia was born in Sparkman, Arkansas to John and Allie Butler. She moved to Milwaukee, Wisconsin at age 13. In 1978, she moved to Atwater, California.

After moving to the Valley she attended Merced College and received an AA Degree. She transferred to CSU Stanislaus (Turlock) where she studied Communication. Roberts, a well-rounded individual immediately got involved with local church organizations. Roberts ventured into numerous projects involving gospel music. One of her stronger business capabilities were managing her sisters called “The Triumph Family Singers.” She has taken them around the country four times, produced two albums and three tapes. Felicia was appointed Minister of Music, for Triumph the Church and Kingdom of God in Christ, throughout the State of California.

Her accomplishments have not been unnoticed. In 1993, she was named by the Merced Business & Professional Women, “Business Women of the Year”, in 1995; KSEE 24 PORTRAIT OF SUCCESS WARD was presented to her. In 2005, the Merced
Chapter of NAACP present her the “EXEMPLAR AWARD” in recognition of exceptional leadership and devoted service, contribution significant to improving Civil and Human Right for all citizens, within Merced County.

“Putting the community first has always been our goal,” said Roberts. Central Valley Voice is Felicia’s tool to reach the community and inform about positive people events. “We must support each other. There are many positive events in our community; we want to serve as the vehicle to share information.” “The businesses that advertise month-after-month are using the paper to say ‘support us’, we want your businesses”. The Voice is an avenue for churches to reach out and fellowship.

The stories are to promote a sense of community.

“While still overcoming the obstacles of life; I strives to be the best I can be,”
said Roberts.