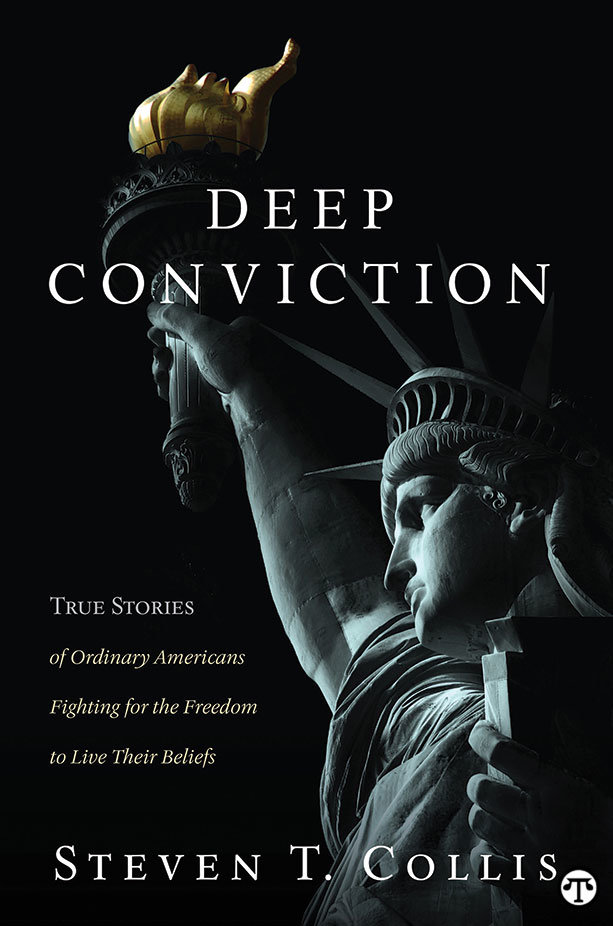 (NAPSI)—What would you do if your most strongly held beliefs were challenged by the government, placing your livelihood, your way of life and even your freedom at risk?

You may find inspiration for your answer in a new book about four Americans—a priest, an atheist, a Native American and a baker—who put it all on the line for their creeds.

“Deep Conviction: True Stories of Ordinary Americans Fighting for the Freedom to Live Their Beliefs” (Shadow Mountain) is by professor and lawyer Steven T. Collis. An advocate and a scholar, he believes religious freedom is “a fundamental liberty protecting all individuals living in this country, allowing us to exist in relative peace with one another.” This peace, he adds, is unique in history and exceptional even in the world today. Collis notes, “Religion is not what leads us to battle, it’s the lack of religious liberty.”

The book offers insights into religious liberty through the stories of four ordinary Americans who risked their reputations to preserve and live their personal beliefs. Although vastly different in many ways, they share such qualities as conviction and determination.

• In 1813, a Catholic priest in New York City faced prison after a grand jury subpoenaed him for refusing to divulge the identity of a jewelry thief who admitted to the crime during the sacrament of confession.

• In 1959, an atheist in Maryland was forced to stand up for his beliefs when the state required him to sign an oath that said he believed in God before he could work as a notary public. The United States Supreme Court would decide his fate.

• In 1989, a Klamath Indian man walked into the highest court of the nation to fight for the right to practice the central sacrament of the Native American Church after the state of Oregon had declared it illegal.

• And, finally, in 2017, a Christian baker and a gay couple took their cases to the United States Supreme Court after the baker declined to create a custom wedding cake to celebrate the couple’s same-sex marriage, fearing it would violate his duty to God.

Written with the pace of a novel, Collis’ book brings these stories to life in a way that reflects their universality and the broad principles they represent. He stresses how the notion of religious freedom for all, truly cherished, allows justice and protection for everyone, religious or not.

For further facts and to get the book, visit www.ShadowMountain.com.

Christmas is a Fulfillment of Genesis 3:15

The Urgency of Witnessing to the Jews: A Second Holocaust is Coming