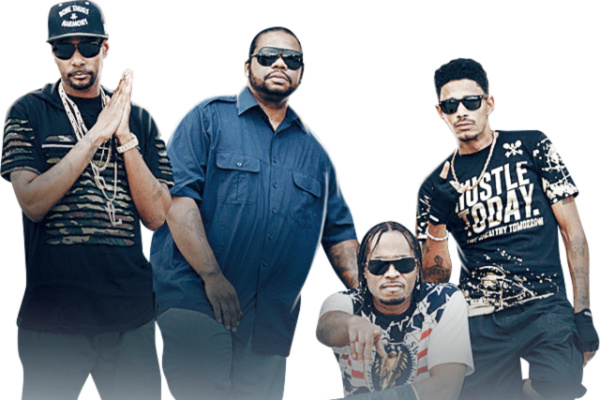 The Stanislaus County Fair Welcomes Grammy Award R&B Hip Hop Artist Bone Thugs -N- Harmony Thursday, July 14, 2022, at the Xfinity Mobile Concert Series on the Coors Light Stage at 8:30 p.m.  The concert will be hosted by KWIN 97.7, 98.3 and is free with the price of Fair admission.

“If you heard the song “Tha Crossroads” you couldn’t help but feel the vibes and sing along to catchy lyrics! said Jose Piña, spokesperson for the Stanislaus County Fair. We are looking forward to having Bone Thugs -N- Harmony with us this year a true R&B Hip Hop Original.

In 1991 a group of 4 young street hardened boys by the name of B.O.N.E. Enterpri$e used their musical talents to obtain one way bus tickets to make their way out from the rough city of Cleveland, Ohio. They headed out to Los Angeles and were determined to perform for the top record labels at the time. They constantly called in to prove themselves. Their efforts paid off when they rapped over the phone to legendary N.W.A. member, Eazy E, who owned Ruthless Records. They displayed their melodic rapid-fire lyrics with group harmony.

Eazy E who was having a show in their hometown sent the group back on the bus to sign contracts under a new name, Bone Thugs -n- Harmony. While the group name changed the boys kept their aliases Krayzie Bone, Layzie Bone, Bizzy Bone, and Wish Bone

Eazy put them on a fast track to display their talents to the world. In 1994 the boys cranked out their debut EP “Creepin On Ah Come Up” with hit singles “Thuggish Ruggish Bone” and “Foe Tha Luv of $” which featured their mentor, Eazy E and Layzie’s brother Flesh-n-Bone. The group’s style brought a breath of fresh air to hip hop at the time that the album went double platinum in a few months. It didn’t take long for them to release their second album E.1999 Eternal which told more stories of their lives in Cleveland. Shortly before the release of the album, Eazy E passed away.

Without their mentor around to see their careers through to the highest points that he could have propelled them to, the boys took it upon themselves to put a new spin on their song Crossroads and add a tribute to Eazy E. What came out was their greatest single “Tha Crossroads” which has sold millions around the globe and even won them a Grammy. Since then, the group released a few more albums under Ruthless Records; double album Art of War in 1997, BTNHResurrection in 2000, Thug World Order in 2002, and Thug Stories in 2006. In 2007, they signed with Interscope Records and worked with Swiss Beats to create Strength & Loyalty. In 2010 with much fan input through ”Think Tanks” the group released Uni5: The World’s Enemy.

Throughout the years and between albums they have released multiple solo projects. They have also released albums under Mo Thugs which featured artists from their city. These days the Bone Boys can still be seen and heard on various social media platforms, engaging with fans by continuing to tell stories with their fast melodic rap style and straight discussions. Eazy E passing away did not stop the group from still selling millions around the world, but little did they know that they would be fast tracked to legendary status and affecting the whole music industry into following their style.

The 2022 Stanislaus County Fair opens Friday, July 8th for a 10-day run. Fair guests can count on an award-winning experience that has been over 109 years in the making. Discounted Fair admission tickets, unlimited ride wristbands, and the Fair season pass will be on sale beginning Saturday, April 30, 2022. Corporate ticket sales will also be available to purchase at a discounted rate. Visit the Fair’s “new” website for upcoming ticket sale information at http://www.stancofair.com.

The 2022 Fair will feature 10-nights of free celebrity concerts included with Fair admission, a total of three stages of live entertainment, upwards of 30,000 local exhibits and over 1,750 animals.

centralvalleyvoicehttps://centralvalleyvoice.com
Felicia Roberts took an idea gathered a few people to reached into a minority community to highlight the positive, using a minority newspaper the Central Valley Voice. Roberts was joined by her sisters Carolyn Williams, Alleashia Thomas, niece Hermonie Lynn Williams, nephew Ron Williams, cousin Jerald Lester, Jay Slaffey, Greg Savage, Tim Daniels and the late J Denise Fontaine. Each individual played an important role in the birth of the newspapers. Since, then many have stood strong behind the success of the newspapers and its goal to fill a void in the Central Valley community. The Central Valley Voice published their 1st issue in November 1991. Its purposed was to highlight the achievements of minorities in the Central Valley. The Voice focuses on the accomplishments of African Americans and Hispanics giving young people role models while diminishing the stereotypical pictures of gangs, crime and violence that permeate the minority communities. Since 1991, the Central Valley Voice has provided an important voice for the minority community throughout the Madera, Merced. Stanislaus and San Joaquin counties.
RELATED ARTICLES
Entertainment