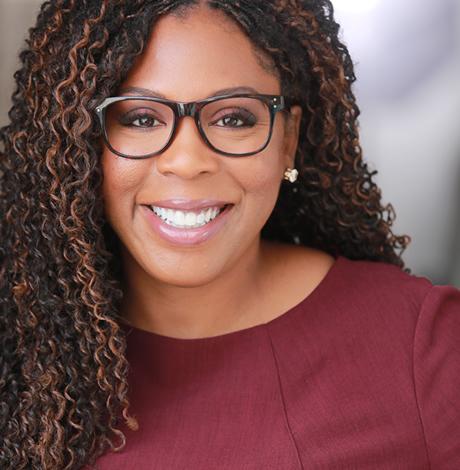 The situation with disgraced Los Angeles City Councilmember Kevin de León reached a new low Wednesday when he calmly declared during a news interview that he is not resigning, putting to rest any hope that he would do the right thing and step down.

“No, I will not resign because there is a lot of work ahead,” De León said.

In the two weeks since the leaking of the audio of the October 2021 meeting involving City Council President Nury Martinez, Councilmembers Gil Cedillo and Kevin de León, and Ron Herrera, the leader of the Los Angeles Labor Federation, in which they were overheard conspiring to retain and expand Latino political power to the detriment of Black residents, a lot has been said.

But now, Los Angeles, it’s time to put up or shut up.

Either you stand for and with racists and bigots or you don’t. There’s no in-between on this.

It is not easy to overlook the fact that far too many “leaders” and organizations hesitated before they could bring themselves to call for the resignation of all four involved.

“There is no place in our city family for attacks on colleagues and their loved ones, and there is no place for racism anywhere in L.A.,” said Mayor Eric Garcetti in his first statement.

Performative activism on the issue of De León’s resignation should not be celebrated or accepted — by anyone.

City leaders cannot claim to stand with us on this issue and then go on as business as usual. That makes them just as complicit as Martinez, Cedillo, De León, and Herrera.

Labor and Democratic Party organizations cannot denounce the Racist Four and then not put measures in place to make sure that they are ineligible for future endorsements and resources for political campaigns in the future.

De León is a textbook narcissist who believes he has a bright political future ahead of himself, including his running for statewide office in 2026. In order for that run to be successful, he has to have the backing of labor, the Democratic Party, and Democratic clubs. These groups need to deliver a unified message that he can’t come to them for money, endorsements, or support.

But it doesn’t stop there.

Kevin has drawn a line in the sand: he’s not going to leave on his own.

We need to draw our own.

While I know many community, labor, and Democratic organizations were against the recall of Los Angeles County District Attorney George Gascón, those same groups should be using their political savviness and resources to spearhead the

recall of De León — that is, if they truly found his comments abhorrent and want him off city council.

If Kevin De León isn’t a perfect example of an elected official who needs to be given his pink slip, I don’t know who is.

Despite public outrage and disillusionment, De León thinks he can sit pretty for the time being as long as he is only facing surface-level activism. Remind you of anyone?

That needs to change, and allies need to do more than issue strongly-worded statements. It’s time for some strategic, organized action.

And before I get out of here, it’s not just allies who need to show up.

Black people, we need to show up for ourselves, too, lest we prove De León’s “Wizard of Oz effect” to be true.

If you are not talking about this situation in some way every day, as the elders say, “you ain’t talking about nothin.” If you can’t be out there with Black Lives Matter and the other groups camping out in front of the homes of Cedillo and De León, then you support the people who are. There’s a role for everyone in fighting for our respect as a people.

How Los Angeles meets this moment will dictate the future of consequences for exposed racism and bigotry in our government. If De León is allowed to stay put, then going forward, no public official will allow themselves to be forced to resign over their anti-Black comments.

Gil Cedillo isn’t off the hook either. He, too, needs to kick rocks. Everything I said about labor and Democratic organizations withholding support from De León should apply to Martinez, Cedillo, and Herrera. At least with Cedillo, while we want him gone now, we know he will be gone in December. The bigger problem we face is giving De León the boot.

Being a leader means more than being the first with a tersely worded statement or performing before the news cameras. It also means taking action and taking a stand, even when no one is watching and it’s uncomfortable to do so.

We are still waiting for Los Angeles “leaders” to meet the moment.

A political strategist, Jasmyne Cannick is a former Special Assistant to previous Los Angeles City Council President Herb Wesson, a delegate in the Los Angeles County Democratic Party, and a proud member of The Blacks who stands with the Oaxacan, Armenian, Jewish, and LGBTQ communities.

(CBM) – During the early 1990s, Ward Connerly, then-President of the California Civil Rights Initiative Campaign, was the leading African American supporting Proposition (Prop) 209, the ballot initiative that outlawed Affirmative Action in California in 1996.

This time, Connerly, now 82, he is speaking up in opposition to reparations for Black Californians. He is making his objection as the state moves closer than any government in United States history has ever come to providing comprehensive restitution for slavery to Black Americans who are descendants of enslaved people in the American South.

On June 4, Connerly tweeted that Prop 209 could stop any form of reparations for Black Californians from happening.

“It is (Prop) 209 that will prevent our Legislature and Governor from doing something so ridiculous as to compensate some of us based on the color of our skin or being the ancestors of slaves,” Connerly posted.

Last week, the California Task Force to Study and Develop Reparation Proposals for African Americans submitted its first “interim report” to the State Legislature. The 492-page, 13-chapter report details the committee’s findings thus far covering a range of historical injustices against Black Americans in general with specific citations of systemic discrimination in California.

There are chapters dedicated to examining enslavement, housing segregation, unequal

Connerly, who has established himself as a national crusader against race-based preference rules, is one of the first high-profile figures in California to speak out against the task force’s efforts to make amends for historical harms committed against Black Americans.

Chris Lodgson, a member of the Coalition for a Just and Equitable California (CJEC), one of seven “Anchor Organizations” sanctioned by the task force to host “listening sessions,” organized to engage the public, responded to Connerly’s post, stating “a conservative businessman from Northern California made an unjust comment.”

“In my gut, I believe you’re wrong. You underestimate the people of California. Also,

just because someone might be resentful of something doesn’t mean you don’t do it (to correct) the harms,” Lodgson tweeted on June 6.

“You make a good point that we should carefully consider, and I will,” Connerly replied to Lodgson.

The five remedies for human rights violations were pioneered by the Inter-American Court of Human Rights (IACHR). The IACHR is an “autonomous judicial institution” whose focus is the application and interpretation of the American Convention on Human Rights, the organization states on the Organization of American States (OAS) website.

On March 30, the task force decided in a 5-4 decision that lineage will determine who will be eligible for compensation. The panel then quickly moved to approve a framework for calculating how much should be paid — and for which offenses — to individuals who are Black descendants of enslaved people in the United States.

An expert team of economists was appointed to calculate the damages listed in the interim report and determine what constitutes harm and atrocities for the descendants of enslaved and free Black people who were in the U.S. in the 19th century.

Thomas Craemer (Public Policy Professor at the University of Connecticut).

William A. “Sandy” Darity Jr., the director of the Samuel DuBois Cook Center on Social Equity at Duke University, and Kirsten Mullen, a writer, and lecturer whose work focuses on race, art, history, and politics, are also members of the panel of experts.

The panel recently reported that a “conservative estimate” of two million African Americans in California have ancestors who were enslaved in the United States. According to the US 2020, there are about 2.6 million Black Californians in a state that has a total population of nearly 40 million residents.

During a task force meeting on Feb. 23, Erwin Chemerinsky, the dean of the University of

easily challenged and overturned in court because of Prop. 209.

“If reparations are given on the basis of race that anyone who meets the definition of being Black is entitled to reparations because all have suffered from the legacy…I don’t think it could survive a challenge under Proposition 209,” Chemerinsky told the task force.

Chemerinsky continued, saying, “If it is in education, if it’s in contracting, or if it’s employment, then anything that is deemed as preference on the basis of race is, per se, impermissible.”

Since it first convened on June 1, 2021, the task force was aware of the challenges it would face during its two-year journey and after its charge is completed. Task force member and attorney Don Tamaki brought this to the panel’s attention in December 2021.

“The report is going to get criticized, scrutinized, and really taken apart,” Tamaki said then.

“It just doesn’t make sense that someone should benefit for something that happened to their great, great grandfather or great, great grandmother. I don’t feel responsible for intergenerational debts,” Connerly’s tweeted on June 4. “Now, the CA Legislature wants to rewrite history & have us believe that CA was a northern representation of Mississippi.”