Video gaming may be associated with better cognitive performance in children

Additional research necessary to parse potential benefits and harms of video games on the developing brain. 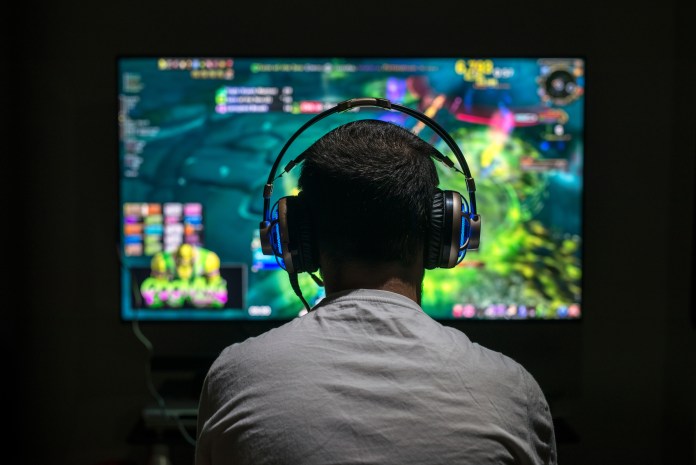 A study of nearly 2,000 children found that those who reported playing video games for three hours per day or more performed better on cognitive skills tests involving impulse control and working memory compared to children who had never played video games. Published today in JAMA Network Open, this study analyzed data from the ongoing Adolescent Brain Cognitive Development (ABCD) Study(link is external), which is supported by the National Institute on Drug Abuse (NIDA) and other entities of the National Institutes of Health.

“This study adds to our growing understanding of the associations between playing video games and brain development,” said NIDA Director Nora Volkow, M.D. “Numerous studies have linked video gaming to behavior and mental health problems. This study suggests that there may also be cognitive benefits associated with this popular pastime, which are worthy of further investigation.”

Although a number of studies have investigated the relationship between video gaming and cognitive behavior, the neurobiological mechanisms underlying the associations are not well understood. Only a handful of neuroimaging studies have addressed this topic, and the sample sizes for those studies have been small, with fewer than 80 participants.

To address this research gap, scientists at the University of Vermont, Burlington, analyzed data obtained when children entered the ABCD Study at ages 9 and 10 years old. The research team examined survey, cognitive, and brain imaging data from nearly 2,000 participants from within the bigger study cohort. They separated these children into two groups, those who reported playing no video games at all and those who reported playing video games for three hours per day or more. This threshold was selected as it exceeds the American Academy of Pediatrics screen time guidelines(link is external), which recommend that videogaming time be limited to one to two hours per day for older children. For each group, the investigators evaluated the children’s performance on two tasks that reflected their ability to control impulsive behavior and to memorize information, as well as the children’s brain activity while performing the tasks.

The researchers found that the children who reported playing video games for three or more hours per day were faster and more accurate on both cognitive tasks than those who never played. They also observed that the differences in cognitive function observed between the two groups was accompanied by differences in brain activity. Functional MRI brain imaging analyses found that children who played video games for three or more hours per day showed higher brain activity in regions of the brain associated with attention and memory than did those who never played. At the same time, those children who played at least three hours of videogames per day showed more brain activity in frontal brain regions that are associated with more cognitively demanding tasks and less brain activity in brain regions related to vision.

The researchers think these patterns may stem from practicing tasks related to impulse control and memory while playing videogames, which can be cognitively demanding, and that these changes may lead to improved performance on related tasks. Furthermore, the comparatively low activity in visual areas among children who reported playing video games may reflect that this area of the brain may become more efficient at visual processing as a result of repeated practice through video games.

While prior studies have reported associations between video gaming and increases in depression, violence, and aggressive behavior, this study did not find that to be the case. Though children who reported playing video games for three or more hours per day did tend to report higher mental health and behavioral issues compared to children who played no video games, the researchers found that this association was not statistically significant, meaning that the authors could not rule out whether this trend reflected a true association or chance. They note that this will be an important measure to continue to track and understand as the children mature.

Further, the researchers stress that this cross-sectional study does not allow for cause-and-effect analyses, and that it could be that children who are good at these types of cognitive tasks may choose to play video games. The authors also emphasize that their findings do not mean that children should spend unlimited time on their computers, mobile phones, or TVs, and that the outcomes likely depend largely on the specific activities children engage in. For instance, they hypothesize that the specific genre of video games, such as action-adventure, puzzle solving, sports, or shooting games, may have different effects for neurocognitive development, and this level of specificity on the type of video game played was not assessed by the study.

“While we cannot say whether playing video games regularly caused superior neurocognitive performance, it is an encouraging finding, and one that we must continue to investigate in these children as they transition into adolescence and young adulthood,” said Bader Chaarani, Ph.D., assistant professor of psychiatry at the University of Vermont and the lead author on the study. “Many parents today are concerned about the effects of video games on their children’s health and development, and as these games continue to proliferate among young people, it is crucial that we better understand both the positive and negative impact that such games may have.”

Through the ABCD Study, researchers will be able to conduct similar analyses for the same children over time into early adulthood, to see if changes in video gaming behavior are linked to changes in cognitive skills, brain activity, behavior, and mental health. The longitudinal study design and comprehensive data set will also enable them to better account for various other factors in the children’s families and environment that may influence their cognitive and behavioral development, such as exercise, sleep quality, and other influences.

The ABCD Study, the largest of its kind in the United States, is tracking nearly 12,000 youth as they grow into young adults. Investigators regularly measure participants’ brain structure and activity using magnetic resonance imaging (MRI) and collect psychological, environmental, and cognitive information, as well as biological samples. The goal of the study is to understand the factors that influence brain, cognitive, and social-emotional development, to inform the development of interventions to enhance a young person’s life trajectory.

The Adolescent Brain Cognitive Development Study and ABCD Study are registered service marks and trademarks, respectively, of the U.S. Department of Health and Human Services

centralvalleyvoicehttps://centralvalleyvoice.com
Felicia Roberts took an idea gathered a few people to reached into a minority community to highlight the positive, using a minority newspaper the Central Valley Voice. Roberts was joined by her sisters Carolyn Williams, Alleashia Thomas, niece Hermonie Lynn Williams, nephew Ron Williams, cousin Jerald Lester, Jay Slaffey, Greg Savage, Tim Daniels and the late J Denise Fontaine. Each individual played an important role in the birth of the newspapers. Since, then many have stood strong behind the success of the newspapers and its goal to fill a void in the Central Valley community. The Central Valley Voice published their 1st issue in November 1991. Its purposed was to highlight the achievements of minorities in the Central Valley. The Voice focuses on the accomplishments of African Americans and Hispanics giving young people role models while diminishing the stereotypical pictures of gangs, crime and violence that permeate the minority communities. Since 1991, the Central Valley Voice has provided an important voice for the minority community throughout the Madera, Merced. Stanislaus and San Joaquin counties.
RELATED ARTICLES
Eating Out