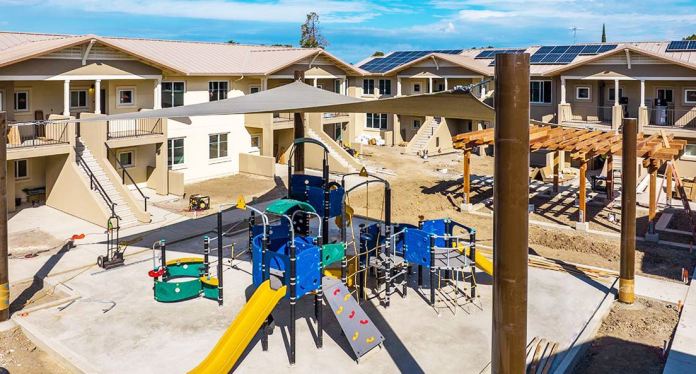 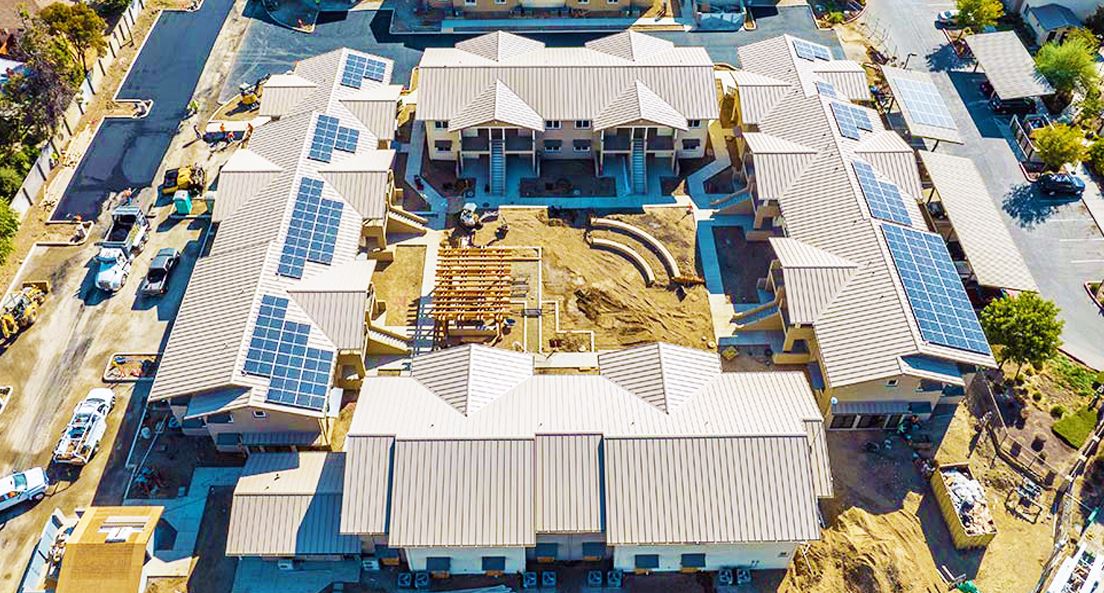 Archway Commons II features a two-story garden-style apartment building providing 74 new 1, 2, and 3-bedroom rental apartments for people whose income is at or below 30% – 60% of the Area Median Income (AMI). Seven apartments are designated for individuals and families who have completed the assistance and training program through Modesto’s Downtown Streets Team

Established in 1968, EAH Housing is one of the largest and most respected nonprofit housing development and management organizations in the western United States. EAH develops low-income multifamily housing, manages more than 222 properties in 78 municipalities in California and Hawaii, and plays a leadership role in local, regional, and national housing advocacy efforts.

A recent federal appeals court decision opens the door for the state and several California cities to pass laws requiring landlords to pay one month’s rent to a tenant after they’ve been evicted.

The law, AB 1482, authored by former Assemblymember David Chiu, who represented the 17th District (San Francisco) until October last year, passed the Legislature in 2019 and took effect in 2020. Among other things, the legislation caps yearly rent increases to 10% for areas without rent control and provides financial assistance for tenants who were evicted because an owner of the property moved in.

San Francisco, San Jose, Oakland, Long and Los Angeles all have laws on the books or proposals in the pipeline requiring landlords to pay to evict tenants.

As of July 1st, California’s eviction moratorium ended. Reports are that evictions are on the rise in some California cities, like Sacramento, for example.

Velma Marie Poplar, the owner of a property in Compton with 10 units and 10 families, says that this law is ill-conceived, and it will particularly hurt struggling Black property owners who do not have a lot of money saved up to absorb unanticipated expenses.

“I don’t think this is a good idea right now because these are hard times for us as well,” said Poplar, explaining some of the challenges landlords face.

“I don’t think it’s fair that a landlord has to pay a tenant to move out,” she continued.

Poplar says her financial struggles during the COVID-19 pandemic has been interfering with her and her husband’s ability to build generational wealth for her Black family.

“Right now, we’re barely making ends meet during the pandemic ourselves. We’re spending a lot of money that we had saved before COVID because you still have to maintain the apartments,” said Poplar.

She said many large real estate management companies may be able to afford to pay tenants a month’s worth of rent, but most small property owners cannot.

“The laws are not made for small business owners, they’re made for big businesses; either you’re rich or you’re not and the rich can outlast people like me,” Poplar emphasized.

In California and many other states, lawmakers responded to the global COVID-19 pandemic’s impact on renters by enacting protections for tenants whose abilities to earn money may have been impacted by local health and safety guidelines.

Poplar claims that some tenants have been taking advantage of those protections.

“During COVID-19, a lot of their incomes had not changed yet they refused to pay rent,” said Poplar.

She claims that 4 of her 10 tenants have not been paying rent due to the eviction moratorium and other pandemic related ordinances.

Although many Californians facing eviction have applied for the state’s COVID-19 rent relief-program, the process takes time, renter advocates say.

According to the California Department of Housing, over the last 15 months, $4 billion in financial support has been disseminated to 340,000 renter households.

While rent is on the rise in the Sacramento area, Poplar said she has not raised rent on her tenants because she “knows the tenants can’t afford it.”

She also said that her taxes go up every year.

“Anyone who isn’t paying rent is getting evicted after COVID-19 is over,” said Poplar. “If I don’t catch up with everything I need to catch up with, my bills, I’m going to lose what I’ve worked so hard for in the last 17 years.”

She said that she’s worried the banks will take her and her husband’s property if they cannot continue to afford it due to pandemic related income loss.

“I would lose everything,” said Poplar.

According to reports, the lawsuit related to the court’s decision to uphold the rent payment law was filed by Better Housing for Long Beach and they are considering appealing to the Supreme Court.

centralvalleyvoicehttps://centralvalleyvoice.com
Felicia Roberts took an idea gathered a few people to reached into a minority community to highlight the positive, using a minority newspaper the Central Valley Voice. Roberts was joined by her sisters Carolyn Williams, Alleashia Thomas, niece Hermonie Lynn Williams, nephew Ron Williams, cousin Jerald Lester, Jay Slaffey, Greg Savage, Tim Daniels and the late J Denise Fontaine. Each individual played an important role in the birth of the newspapers. Since, then many have stood strong behind the success of the newspapers and its goal to fill a void in the Central Valley community. The Central Valley Voice published their 1st issue in November 1991. Its purposed was to highlight the achievements of minorities in the Central Valley. The Voice focuses on the accomplishments of African Americans and Hispanics giving young people role models while diminishing the stereotypical pictures of gangs, crime and violence that permeate the minority communities. Since 1991, the Central Valley Voice has provided an important voice for the minority community throughout the Madera, Merced. Stanislaus and San Joaquin counties.
RELATED ARTICLES
Pro Sports