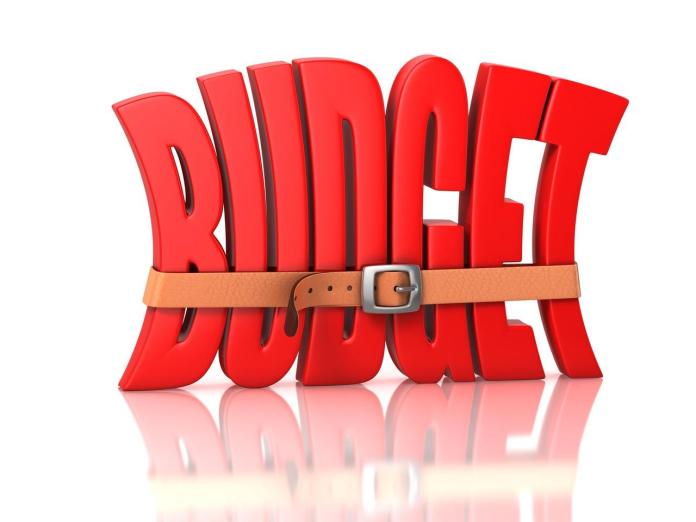 California’s government may have a faceoff with a $25 billion budget shortfall in the upcoming fiscal year as tax revenues decline, according to a report issued by the state’s nonpartisan Legislative Analyst’s Office (LAO).

Legislative Analyst Gabriel Petek said during a Nov. 16 video press briefing that if the predicted downturn happens, it will be the Golden State’s weakest revenue performance since the 2008 to 2009 Great Recession.

“It is not insignificant, but it is also manageable,” Petek said. “We don’t think of this as a budget crisis. We just think of it as a notable budget problem that the legislature will have to confront when it begins that process in January.”

The LAO, the state legislature’s fiscal and policy advisor, details the budget shortfall and suggests ways to avoid it in the 20-page “The 2023-24 Budget: California’s Fiscal Outlook.”

The document is released yearly around this time to help guide California lawmakers as they begin to put together budget proposals for the upcoming fiscal year.

Petek said the threat of a national recession and actions by the Federal Reserve played a hand in the report’s outlook, but the predicted numbers are not based on a recession occurring.

“Economic conditions are really weighing on the revenue estimates that are a major influencer of our fiscal output,” Petek said. “With high inflation, with elevated inflation that causes the Fed to have to take action to cool down the economy in its effort to bring down inflation. The longer and the higher inflation remains, the more aggressive the Fed has to be. And the more aggressive the Fed has to be, it really increases the risk that the economy will fall into a recession. So, that being said, our revenue estimates do not assume a recession.”

California taxes wealthy people more than other states, so most of the revenue decline is because the rich aren’t making as much money as they used to. The report details that California could see deficits between $8 billion to $17 billion in the following years.

Less spending on large, onetime allocations is one way the state can offset the revenue losses it is expected to experience.

“We can and will protect the progress of the recent year’s budgets,” Rendon said. “In particular, the Assembly will protect California’s historic school funding gains, as districts must continue to invest in retaining and recruiting staff to help kids advance and recover from the pandemic.”

“That does not have to be the case this year,” Akins said. “Thanks to our responsible approach, we are confident that we can protect our progress and craft a state budget without ongoing cuts to schools and other core programs or taxing middle class families. The bottom line is simple: we are prepared to hold onto the gains we’ve made and continue where we left off once our economy and revenues rebound.”

Petek recommended that legislators not look to the reserves to solve the budget paucity when they begin formulating the state spending plan in early 2023.

“It would be prudent to try and identify other solutions in the early part of the budget period, and then if and when we have a lot more information about the economic situation — if revenues have deteriorated for example or if there were a recession, we are certainly not saying don’t use the reserves,” he said. “We are saying, keep them on hold and you have them to turn to in that situation if the picture has gone south in May. You have the reserves that we can tap into to really help supplement the other solutions identified earlier in the process.”

“California’s economy is weakening, and now with persistent inflation, the revenue that is coming into the state of California is coming in way below projection,” Fong said. “As someone who has been on the budget committee for a number of years, we have been warning about this. The ruling party in Sacramento continues to spend and grow government programs

without any accountability and the budget is completely unsustainable. We have to refocus on fiscal responsibility.”

LAO’s budget forecast comes on the heels of Gov. Newsom and the Democratic-controlled legislature estimated $97-billion surplus that led to the expansion of Medi-Cal eligibility to all immigrants in 2024, a boost in the earned income tax credit, and free preschool for 4-year-olds.

A relief package, priced at $17 billion, to help families, seniors and low-income Californians and small businesses was also approved in June by lawmakers.

The surplus is gone once a budget is passed, according to the LAO, so the fiscal outlook provided to legislators assumes that current state laws and policies will remain in place.

“We make adjustments for caseloads and things that influence the budget expenditures, but if you keep the same policies what would your budget picture look like?” Petek said. “That is what we are trying to tee up for them as they await the governor’s proposal.”

Diane Lanette Barkum is an in-home care provider and mom of three. She commutes about 40 minutes every workday between the Riverside County cities of Lake Elsinore, where she lives, and Moreno Valley, where her job is.

Over the last few months, Barkum says she has been stressed and scraping by, struggling to balance sharp increases in the cost of gas and food with making enough money to pay for other expenses.

“What worries me most about rising prices is that they’ll continue to rise, making it more difficult for low-income working parents to be able to support their families,” she said.

Terence Henry, who lives in Patterson in the Central Valley, used to drive 77 miles to the Bay Area to make deliveries as an independent contractor. He says the high cost of gas forced him to give up the job late last year and opt for only making local runs.

“It used to cost me about $50 each way to fill up the tank to get to Oakland, San Francisco and other cities,” he said. “It just was not worth it anymore. I was losing money.

Barkum says she hopes there is relief around the corner for people like her who are working hard, raising children and still unable to make ends meet.

Barkum and Henry are not alone. According to the Public Policy Institute of California, a majority of Californians (27 %) say jobs, the economy and inflation are their top concern over housing costs and availability (12%) and homelessness (11%).

Across the United States, the inflation rate is 8.6% — up from 4.7% last year, according to the U.S. Department of Labor. And the American Automobile Association reports that the average price per gallon of regular gas in California has risen above $6. Several economists agree that the effects of inflation hit poor and working-class families the hardest.

In Southern California, the inflation rate in Riverside and San Bernardino counties in the Inland Empire has risen to 9.4%, according to the UCLA Anderson School of Management. That number is among the highest increases in the country.

Last week, the California Legislature approved a record $300 billion-plus budget for the next fiscal year, the largest annual spending plan in the state’s history. The package includes a surplus of close to $100 billion dollars, half of which must be used to fund schools by law.

Included in the budget are plans to spend the other half. So far, legislators have allotted $8 billion in rebates to taxpayers. Another $1.3 billion has been designated for grants to small business and non-profit organizations. Another $600 million has been specified for tax credits to the lowest-income Californians.

While lawmakers – both Democrats and Republicans – and the governor’s office agree that addressing spiraling inflation is urgent, they have not reached agreement on how to provide relief to struggling families.

“African American owned businesses and families are experiencing the damaging effects of inflation including the current interest rate increase instituted by the Federal Reserve Board. It is important for financial institutions to work with Black-owned businesses and their families to help navigate the rising cost of capital needed to operate and sustain all businesses,” said Timothy Alan Simon, Board Chair of the California African American Chamber of Commerce.

By statute, Gov. Newsom has until June 30 to veto the Legislators’ budget bill or sign it into law.

If the governor approves the budget, it will take effect July 1, the beginning of the 2022-23 fiscal year. However, negotiations are expected to continue through the end of August as lawmakers hammer out final details.

During the public comment section of the Assembly Budget Committee hearing on June 13, Adrian Mohammed, an African American representative of the Bay Area Health Initiative spoke about the exclusion of a $500 million proposal to address Black housing and anti-displacement in the Bay Area in the budget the Legislature passed.

“We believe that this is an incredibly timely and incredibly necessary ask and we ask that you continue to work with us to get this to come to fruition,” Mohammed told lawmakers.

Two days later, Republican leaders held a rally last week at the State Capitol blasting their Democratic colleagues for their inaction on addressing the high cost of gas.

“Legislative Republicans are gathered here to remind Californians that it has been 100 days since the governor and the Democrats here in Sacramento promised California consumers relief on gas prices. 100 days is far too long,” said Assemblymember James Gallagher (R-Yuba City). After 100 days, we are still waiting with no relief in sight. We need action now. We’ve been calling since January to suspend the gas tax.”

Senate Pro Tem Toni Atkins (D-San Diego said the state’s wealth needs to work for hardworking Californians. She pointed to a provision in the budget that provides $200 rebates to working families earning up to $250,000 a year and $125,000 for single filers.

“We are focused on providing struggling families the relief they need to weather rising costs of fuel and groceries, investing ongoing funding in core programs and services, funding one-time infrastructure projects that will keep California moving for years to come,” she said.

“We share a firm belief that our state is strongest when it cares for the weakest among us,” said Rendon. “Our budget proposal continues to lay the groundwork with infrastructure and other investments for future prosperity.”