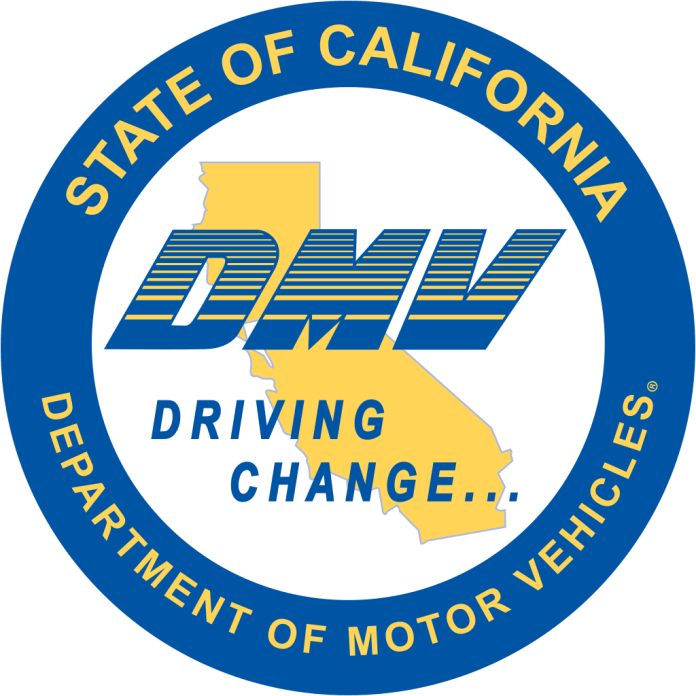 Sacramento – The California Department of Motor Vehicles (DMV) wants Californians to be aware of several new laws taking effect in the new year. The laws listed below take effect on January 1, 2023, unless otherwise noted.

Online Driver’s License Renewal for Californians 70 and Older Ends December 31 (AB 174, Committee on Budget)
Starting January 1, California law will again require drivers 70 and older to renew their license in person at a DMV office. There’s only a few more days individuals 70 and older to take advantage of the temporary rule allowing them to renew their driver’s licenses or identification cards online or by mail – even if their renewal notice states a visit to a DMV field office is required. In October 2020, Governor Gavin Newsom temporarily waived the California law requiring senior drivers to renew their licenses at a DMV field office and signed AB 174 in September 2021 to allow online or by mail renewals through the end of 2022. This temporary online option has helped Californians avoid DMV field offices during the COVID-19 pandemic.

Making Our Roads and Communities Safer

Consumer Notices for Semiautonomous Vehicles (SB 1398, Gonzalez)
Dealers and manufacturers that sell new passenger vehicles equipped with a partial driving automation feature or provide any software update or vehicle upgrade that adds such a feature are required to give a clear description of its functions and limitations. The law also prohibits a manufacturer or dealer from deceptively marketing a feature.

Enhanced Safeguards for Bicycle Riders (AB 1909, Friedman)
Drivers are now required to change into another available lane, when possible, to pass cyclists, building on the current requirement for drivers to give cyclists at least three feet of space when passing. The law also permits Class 3 e-bike riders to use approved bicycle paths and trails, bikeways, and bicycle lanes. In addition, starting on January 1, 2024, the law allows cyclists to cross an intersection when a walk sign is on.

Ban on Sideshows at Parking Facilities (AB 2000, Gabriel)
Parking lots across the state are now included with public roads as locations where street racing and sideshows are banned. Another law passed in 2021 (AB 3, Fong) allows courts to suspend an individual’s driver’s license for violating this ban beginning on July 1, 2025.

Veteran Designation on Driver’s Licenses (SB 837, Umberg)
This law eliminates the $5 fee for obtaining a military “VETERAN” designation on a driver’s license or identification (ID) card.

Toll Exemptions for Certain Veterans (AB 2949, Lee)
This law exempts vehicles registered to veterans displaying specialized license plates from paying tolls on roads, bridges, highways, vehicular crossings, or other toll facilities. The exemption applies only to vehicles with license plates that are issued to a disabled veteran, Pearl Harbor survivor, prisoner of war, or to veterans who have received distinctions such as the Purple Heart or the Congressional Medal of Honor.

Digital Notices and Remote Renewals for Some Transactions (SB 1193, Newman)
This law allows customers to receive certain DMV notices electronically – which previously had been required to be mailed – if they opt in. It also removes the requirement that a vehicle salesperson’s license be renewed in person, which will enable the DMV to establish a renewal program that allows for consecutive remote vehicle salesperson license renewals. The law will help save time, paper and reduce the number of transactions needing to be completed at a field office.