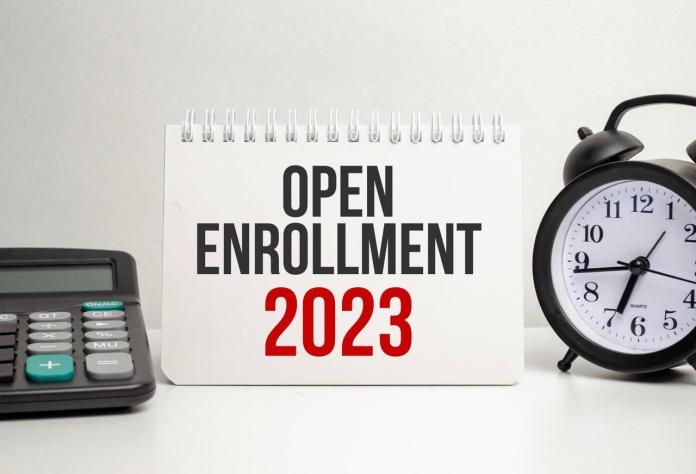 The open enrollment period for Californians to secure health insurance plans ends this week on Jan. 31,

Depending on your situation, there are multiple options to explore when searching for a plan that is best for you through Covered California.

Covered California is the state’s health exchange marketplace created to get Californians quality health insurance through brand name plans like Kaiser Permanente, BlueCross BlueShield, Cigna and many others.

Another option is to renew or change your current plan. During the open enrollment period, you can renew your existing plan. You won’t have to do anything if you want to keep what you have. But if your current plan is changing — for instance, your Primary Care Physician (PCP) is leaving the network, or your drugs aren’t in the list of covered medications — then you may want to switch to a plan that best suits your current needs. If you need to change policies, the open enrollment period is the best time.

You can also enroll in Medi-Cal. If your income is below 128% of the FPL, you qualify for Medi-Cal, which is Medicaid for Californians.

“The pandemic took a toll on us in so many ways, including our behavioral and mental health, which are critical to our ability to live happy, healthy and productive lives,” said Jessica Altman, executive director of Covered California. “Getting the right behavioral health care starts with making sure people have health insurance with access to quality providers, and that can be done right now through Covered California’s open enrollment.”

Cameron Nelson is an artist and painter living in San Diego who plans to enroll with Covered California.

“As an independent artist I am the one responsible for finding healthcare since I don’t have a traditional job where it’s provided for me. Many of my friends who make a living off their art don’t have plans because they think it is too expensive to cover on their own. I’ve found the options the state provides to be helpful in my situation and I hope that my example can encourage other sole proprietors to do the same.”

The only other way to buy an insurance plan outside of open enrollment is to qualify for special enrollment. This timeframe is called the Special Enrollment Period (SEP). This exception allows you to apply for health insurance if you’ve had certain qualifying life events, such as losing your job, moving to a new state, getting married or divorced, becoming a widow or widower, aging off your parent’s plan or having a new baby.

You won’t be eligible for special enrollment if you lost your previous health plan because you failed to pay your monthly premiums or if you voluntarily cancelled the coverage.

Visit Health for California to get more information on plans that work best for you before the deadline arrives.

Overall cancer death rates continued to decline among men, women, children, and adolescents and young adults in every major racial and ethnic group in the United States from 2015 to 2019, according to the latest Annual Report to the Nation on the Status of Cancer. From 2014 to 2018, overall cancer incidence, or new cases of cancer, remained stable for men and children but increased for women and adolescents and young adults. This year’s report, published October 27, 2022, in Cancer, also highlights longer-term trends in pancreatic cancer, as well as racial and ethnic disparities in incidence and death rates for many individual cancer sites.

All of the findings in this report are based on data from before the COVID-19 pandemic.

“Today’s report is good news in our fight against cancer and is a reminder of the importance of President Biden’s Cancer Moonshot℠ initiative,” said Department of Health and Human Services Secretary Xavier Becerra. “I’m deeply impressed by the progress we’re making against cancer and firmly believe we can meet the President’s goal of reducing the death rate from cancer by at least 50% over the next 25 years. We can and must end cancer as we know it.”

The Annual Report to the Nation on the Status of Cancer is a collaborative effort among the National Cancer Institute (NCI), part of the National Institutes of Health; the Centers for Disease Control and Prevention (CDC); the American Cancer Society (ACS); and the North American Association of Central Cancer Registries (NAACCR).

The report is based on a combined cancer incidence data set from NAACCR composed of data collected by CDC’s National Program of Cancer Registries (NPCR) and NCI’s Surveillance, Epidemiology, and End Results (SEER) Program, as well as mortality data from CDC’s National Center for Health Statistics.

“The findings in this year’s Annual Report to the Nation show our ongoing progress against cancer, continuing a more than two-decade trend in declining mortality that reflects improvements in preventing, detecting, and treating cancer,” said Monica M. Bertagnolli, M.D., director of NCI. “The advances shown in the report underscore the importance of working together across society to develop effective, equitable approaches to tackle this complex disease. I look forward to working with all our partners in the cancer community to meet these challenges head-on, because people affected by cancer—and that includes all of us—are counting on it.”

“Through funding scientific breakthroughs and raising awareness about prevention and early detection, we are making progress against a subset of the more than 200 diseases we call cancer,” said Karen E. Knudsen, M.B.A, Ph.D., chief executive officer, American Cancer Society. “However, for certain cancer types, concerning trends persist, and durable cures remain elusive for many people. We are committed to improving the lives of all cancer patients and their families, through accelerating research, increasing access to care through advocacy, and by providing direct patient support in communities across the nation, toward the shared goal of eliminating cancer as we know it.”

Among other key findings of this year’s report:

“Factors such as race, ethnicity, and socioeconomic status should not play a role in people’s ability to be healthy or determine how long they live,” said Lisa C. Richardson, M.D., M.P.H., director of CDC’s Division of Cancer Prevention and Control. “CDC works with its public health partners—within and outside the government—to address these disparities and advance health equity through a range of key initiatives, including programs, research, and policy initiatives. We know that we can meet this challenge together and create an America where people are free of cancer.”

These improvements in survival may be associated with improvements in therapy, the researchers said. No improvement was seen for unspecified and other pancreatic tumors, which tended to have a higher proportion diagnosed at older ages than the other types.

“Pancreatic cancer incidence and survival reflect both the underlying risk of disease as well as the difficulty of diagnosing pancreatic cancer at a treatable stage,” said Betsy A. Kohler, M.P.H., NAACCR executive director. “As advancements in screening technology and effective treatments for early-stage disease become available, we are hopeful for greater improvements in pancreatic cancer survival, which historically has been a particularly lethal cancer type.”

For more about the report, see: https://seer.cancer.gov/report_to_nation.

(NAPSI)—If you or someone you care about is among the estimated 100,000 Americans with sickle cell disease, here’s information that could be important:

One Man’s Story
Chris Ruffin Jr. never knows when extreme pain will strike. Since birth, Ruffin’s had sickle cell disease, an inherited condition that causes extreme pain when red blood cells become hard, crescent-shaped and have difficulty carrying oxygen to the rest of the body.

“It’s like having a charley horse,” said Ruffin. “It’s just a throbbing pain to the point where you can barely walk. It’s like your whole body hurts but you can’t do anything about it.”

The pain can strike at any time. A sickle cell pain crisis can suddenly occur in the back, knees, legs, arms, chest or stomach and last several hours to several days.

What Can Be Done
After suffering a stroke at six years old due to complications of the disease, Ruffin began receiving monthly blood transfusions to prevent further complications. Over the course of 22 years, he has received more than 3,130 units of blood through monthly red cell exchanges.

Individuals with sickle cell disease can require frequent blood transfusions throughout their lifetime—needing as many as 100 units of blood each year—to treat complications of the disease. Unfortunately, frequent transfusions can make finding compatible blood types even more difficult if patients develop an immune response against blood from donors that is not closely matched to the blood of the recipient.
That’s why on World Sickle Cell Day, June 19th, the American Red Cross wants to raise awareness about sickle cell disease and the challenges patients face while battling the chronic condition.

Through its Sickle Cell Initiative, the Red Cross has expanded its blood donation testing to include sickle cell trait screening on all donations from self-identified African American donors. This additional screening helps the Red Cross identify compatible blood types more quickly for patients with sickle cell.

Ruffin, an Emmy Award-winning senior news producer, credits a strong support system, good doctors, generous blood donors, and a consistent diet, exercise and rest routine as key factors to him succeeding with sickle cell.
“I didn’t always know how important blood was,” said Ruffin. “Based on the one hour it takes to donate blood, someone like me can live years longer and live a full life.”

How You Can Help
Eligible individuals who are feeling well can make an appointment to donate blood by visiting RedCrossBlood.org/OurBlood, using the Red Cross Blood Donor App or calling 1-800-RED-CROSS.

centralvalleyvoicehttps://centralvalleyvoice.com
Felicia Roberts took an idea gathered a few people to reached into a minority community to highlight the positive, using a minority newspaper the Central Valley Voice. Roberts was joined by her sisters Carolyn Williams, Alleashia Thomas, niece Hermonie Lynn Williams, nephew Ron Williams, cousin Jerald Lester, Jay Slaffey, Greg Savage, Tim Daniels and the late J Denise Fontaine. Each individual played an important role in the birth of the newspapers. Since, then many have stood strong behind the success of the newspapers and its goal to fill a void in the Central Valley community. The Central Valley Voice published their 1st issue in November 1991. Its purposed was to highlight the achievements of minorities in the Central Valley. The Voice focuses on the accomplishments of African Americans and Hispanics giving young people role models while diminishing the stereotypical pictures of gangs, crime and violence that permeate the minority communities. Since 1991, the Central Valley Voice has provided an important voice for the minority community throughout the Madera, Merced. Stanislaus and San Joaquin counties.
RELATED ARTICLES
Education

New Year, New You: Get Healthier and Happier at Merced College